Cast your mind back over millennia, your footprints following those of Alexander the Great, Aristotle and Plato. Explore the mighty kingdom of Ancient Greece, from the Temples of Zeus and Hera, the Parthenon and Delphi on the slopes of Mount Parnassos. Walk the Sacred Way to the 4th century Temple of Apollo and greet the gods and goddesses of Olympia.

•See the Corinth Canal, the Lion Gate and Agamemnon's Palace at Mycenae

•View the Parthenon, the Agora, Royal Palace and Temple of Zeus in Athens, the ancient theatre and Sanctuary of Asclepius at Epidaurus and the battle site at Thermopylae

•Visit the Acropolis and Museum in Athens, the ancient ruins in Corinth, the Olympic Stadium in Olympia, the home of the Oracle at Delphi and the incredible rock monasteries in Meteora 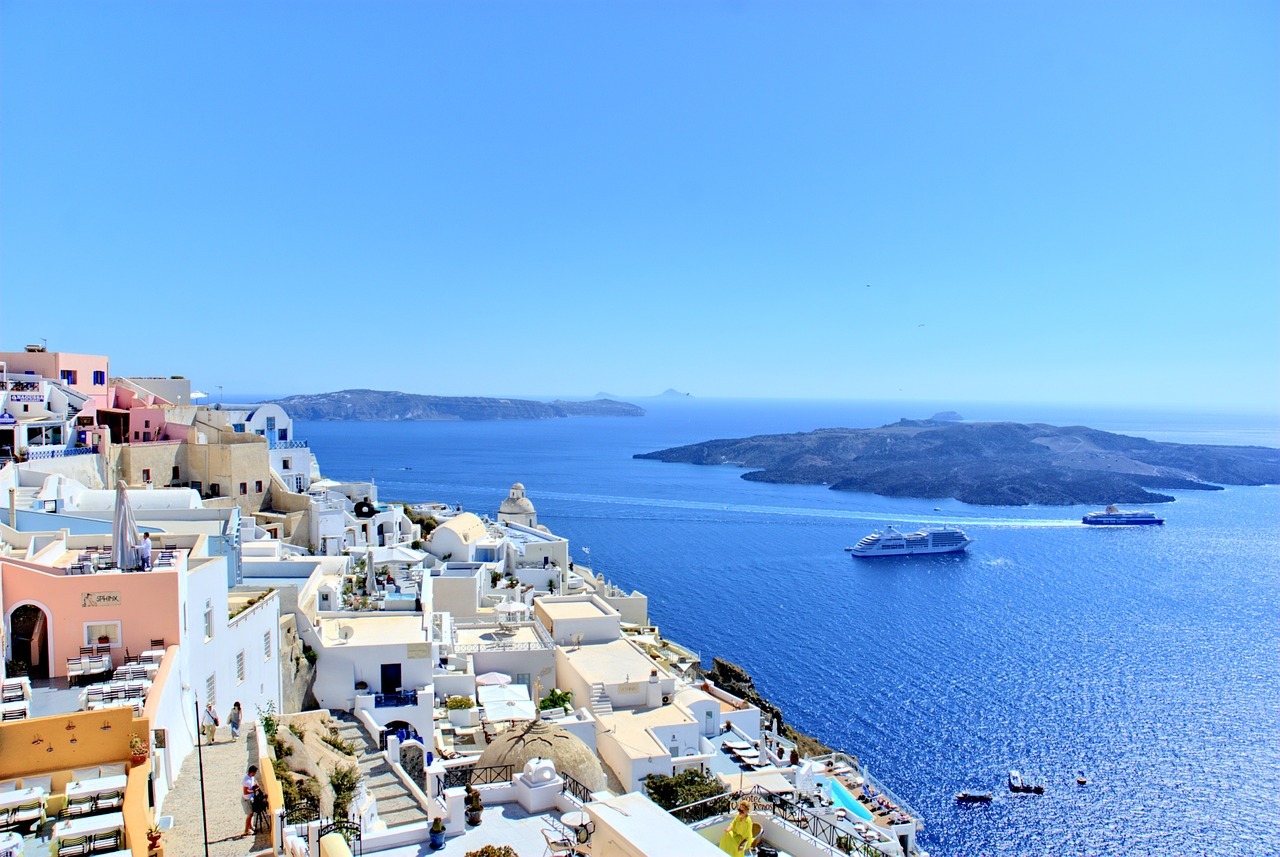 Say opa! to an Olympic olive oil and wine tasting experience with the Karambellas family on their 30-acre olive and wine farm, followed by a traditional meal and dancing 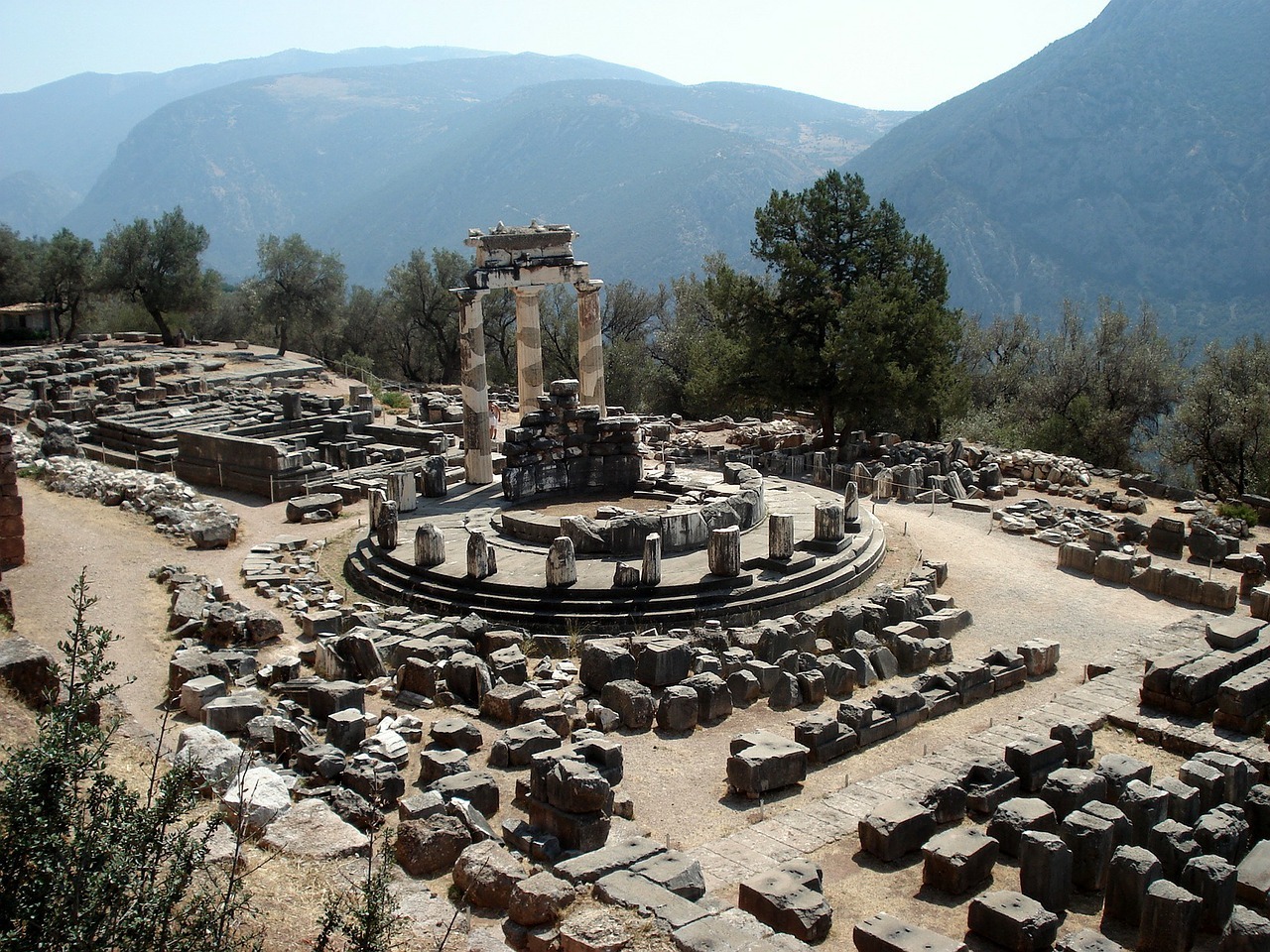 Put the 'oh' in opa and embark on an unforgettable exploration of an ancient land of gods and goddesses, myths and legends. Your springboard to your spellbinding holiday is the vibrant capital of Athens, an effortless mix of ancient treasures and modern verve, which you will have an opportunity to explore after being transferred to your hotel. This evening, join your Travel Director and travel companions for a Welcome Reception, including a light meal and welcome drink.

Join your Local Specialist for a guided morning sightseeing tour to the ancient hilltop complex that was once the Cradle of Western Civilisation and today overlooks a sprawling cityscape below. Along our journey into antiquity we'll have an opportunity to explore the Acropolis with its treasures. We'll admire the Parthenon, dedicated to the goddess Athena, the Royal Palace, Temple of Zeus and the Agora, once the haunt of Socrates and Plato. We'll see remarkable displays of an ancient world during an included visit to the Acropolis Museum, and see Hadrian's Arch and the stadium where the first modern Olympics took place in 1896. The rest of the day is yours to enjoy on your own terms. Meander through the cobbled lanes of Plaka, people­watch in Syntagma Square or go in search of the city's tastiest souvlaki ­ the choice is yours.

We depart Athens this morning, crossing the mighty Corinth Canal to the wild Peloponnesian Peninsula. Arriving in the ancient city of Corinth, we join a Local Specialist to explore an ancient city that several empires fought over throughout the centuries. We continue to Mycenae, a mighty kingdom of ancient Greece, where we'll see the Beehive Tombs, the Treasury of Atreus, the Lion Gate and the remains of Agamemnon's Royal Palace in the company of a Local Specialist. Later, we'll travel to Epidaurus to visit the ancient theatre and view the Sanctuary of Asclepius, the God of Medicine, whose snake entwined staff remains the symbol of medicine to this day. Arriving in the charming Venetian town of Nafplion later, we'll dine in our hotel this evening.

We traverse the Mountains of Arcadia to ancient Olympia, past quaint mountain villages into a land of myths and legends, and the site of the first Olympic Games held in 776 BC. This evening we join the Karambellas family on their 30­-acre olive and wine farm for an unforgettable Be My Guest dinner, some traditional dancing and characteristic Greek philoxenia.

Be My Guest Dining

We join a Local Specialist this morning to delve into centuries of history. We'll visit the ancient Olympic site, the museum and the ruined remains of the Temples of Zeus and Hera. Leaving Olympia, we skirt the coastline north to Patras, crossing the Gulf of Corinth to mainland Greece before continuing to Delphi, our home for tonight.

Tread in the footsteps of ancient Greeks who would descend on the sanctuary of Delphi to consult with the most important oracle in the classical world. Join your Local Specialist and walk the Sacred Way to the 4th century Temple of Apollo and view the statues immortalising the strength of the athletes who once competed in the Pythian Games held in honour of Apollo and the Arts. A scenic afternoon drive brings us to Thermopylae, famous for the heroic defence by Leonidas and his brave Spartans against the invading Persians. We cross the lush Thessaly region, the 'bread basket of Greece', and travel over the Pourmaraki Pass towards Kalambaka.

The breathtaking UNESCO World Heritage monasteries of Meteora are our first stop today. Join a Local Specialist to visit two of the six Eastern Orthodox monasteries that cling impressively to immense, rounded rock towers overlooking the town. A scenic drive returns us to Athens where we'll enjoy a rousing Farewell Dinner with our travel companions and reminisce over an incredible journey through Greece.

We say a fond farewell to our newfound friends and the treasures of Greece after an unforgettable journey. Airport transfers are available, conditions apply.

Pricing are per person based on double occupancy and are subject to chance. Subject to availability at time of booking. Pricing does not include international airfare. Some other conditions and restrictions may apply. Ask us for complete details before booking.

Terms, conditions and restrictions apply; pricing, availability, and other details subject to change and/ or apply to US or Canadian residents. Please confirm details and booking information with your travel advisor.

How This Travel Company is Marking International Women's Day

Video: What Happens on a Visit to the Juno Beach Centre?